Lunar New Year is a time of celebration of the prosperity for the new year and blissful meaning to traditional ceremonies. The traditional delicious food with blissful meanings is a great way to kick start your year with success, health, and wellbeing.

Sesame cookies are a traditional good fortune fried snack named “open mouth smile”(開口笑) in Chinese.  It is made with flour, sugar, egg, baking powder, and sesame to form a large dough where it is divided into small round dough balls and fried in hot oil. The name originated from the small donut that has an opening on top while frying in oil. It brings the hope of happiness and smiles throughout the year.

Fish is rich in protein, contains a variety of minerals, and is commonly known for being good for the brain and improving eyesight. The preferred way of cooking the fish is steamed to retain the nutrients, served with sliced scallion, ginger, and soy sauce.

Steamed fish is a dish served on the eve of Lunar New Year’s and on New Year’s day as it symbolizes “there are leftovers every year”(年年有餘); meaning the year will be blessed with supplies.

There are superstition theories that include eating half of the fish on New Year’s Eve and continuing the other half of the fish the next day. Typically only the middle part of the fish is eaten, which symbolizes the “head and tail” of the year. This refers to having blessings for the whole year. When served the fish, the head should face towards the elder person to show respect.

Fat Choy is the main ingredient in the lunar new year dish. Fat Choy is similar pronunciation to grow wealth(發財). The classic dish is cooked with oysters and mushrooms. The shape of the mushrooms looks like Sycee(元寶), a currency used in ancient China.  It wishes everyone prosperity in the coming year like the phrase “Gong Hei Fat Choy” (恭喜發財) in Chinese.

Yau Gok, known as Gok Zai (角仔) is a crispy pastry dumpling that is special to Lunar New Year. It is a symbolization to bring wealth and greatness for the coming year. The dumplings are made with pork or peanuts or coconut and shaped in sycee as the ancient Chinese currency and fried in oil till golden yellow. A delicious dumpling that brings greatness both in tradition and as a meal.

Mandarin oranges are the fruit that has an additional meaning when eaten during Lunar New Year and is used as a gift when visiting family and friends. The gold-orange color of mandarin symbolizes wealth and fulfillment. In Cantonese, it is pronounced similar to good luck. Mandarin oranges are rich in vitamin C, can strengthen the immune system, and are a resource of antioxidants that improve heart and brain health. The mandarin orange plant is used for home decoration for the new year.

Lo Pak Go is the Chinese pronunciation of turnip or radish cake, which is also called white carrot cake as most seen in the Chinese restaurant as a dim sum dish. The cake is made by mixing shredded turnips, rice flour, Chinese ham, or sausage(Lap Cheong臘腸) placed in a mold to shape the cake. The word “Go” (cake in Chinese糕) has the same sounds as high/tall/going up, which means “ to get promoted to a higher position” for work to achieve more success.

Sticky rice cake is made with glutinous rice with sugar, chestnut, and dates, then wrapped with lotus leaf and steamed. This can be served differently depending on culture, region and can be served with a dipping sauce with white sugar. It can also be served with date syrup or pan-fried/sautee in a dish or added to a soup. Sticky rice symbolizes a good harvest, meaning that children will grow taller, long-living, significant career growth, and income increases. Nowadays, there are alternative variations of flavors, for example adding coconut, ginger juice, or pan-fried with egg.

Melon seeds are an important element in the lunar new year red box. Red is a traditional color that has the meaning of auspicious. The action of grabbing the seeds symbolizes the way of getting money similar to earning more through the new year.

Dumplings are food in the shape of or similar to sycee(元寶), the currency that was previously used in China. People believe having more dumplings will bring more wealth. The two words of dumpling (餃子) separated in Chinese pronounce similar to exchange midnight, which became a suggested tradition to have dumplings on the Lunar New Year’s eve. The meaning is “sending the old and welcoming the new” and hoping this year will be better than the previous.

Dumplings are usually made with ground pork, shredded cabbage, carrots, and other choices of fillings wrapped in the light dumpling wrapper and sealed. It can be steamed or pan-fried. It also symbolizes “family reunion”, and believed that making dumplings together can enhance the relationship of the family.

Spring rolls are made with ground pork, cabbage, white carrots, mushrooms and wrapped with spring roll wrappers in a rectangular shape. It is typically fired in a hot boil to become golden brown as a symbol of good luck and wealth. The filings can be adjusted based on personal preference or eaten with a dipping sauce.

During the new year, there is golden chocolate and various candies sold in stores and around the market. Golden candies are in the shape of coins or sycee(元寶) as the representation of gold for richness. Candies are sweet and they symbolize a life full of happiness, sweet moments, and great memories with people.

Longevity noodles are prepared with long noodles. They are served with broth or dried with sauce. The key point of serving the noodles is to not let them break, as their meaning is to live a long healthy life.

The Lunar New Year is a time of happiness, care, love for family, friends, and people around you. It is full of blessings and looking forward to the beginning of a new year with prosperity.

We write to share things we adore and enjoy around the world. From food, exciting games, culture, lifestyle content, we have covered it in this diverse journal. We believe in passion opens doors to creators. We hope by sharing our experiences, adventures, would inspire you to share your journey.

We write to share things we adore and enjoy around the world. From food, exciting games, culture, lifestyle content, we have covered it in this diverse journal. We believe in passion opens doors to creators. We hope by sharing our experiences, adventures, would inspire you to share your journey. 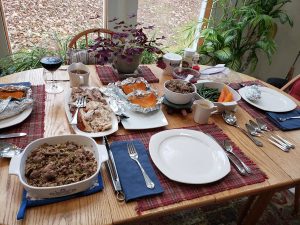 Thanksgiving- History, Tradition, Food, and Celebrations Around the World 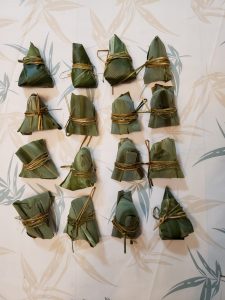